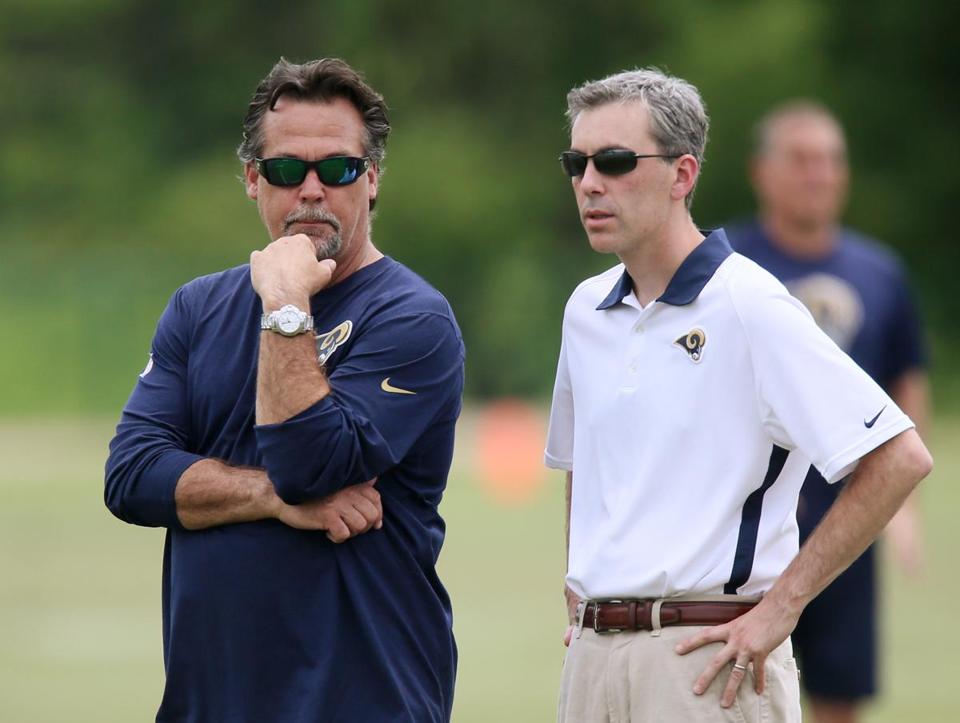 With the release of James Laurinaitis, Chris Long and Jared Cook last Friday, the Rams cleared close to $23 million in salary cap space. The new league year (and Free Agency) opens on March 9. What does the Rams’ financial position look like heading into the new league year?

The accompanying chart presents the Los Angeles Rams’ detailed current offseason salary cap position as of February 24, 2016. It includes all current contracts, dead money and a breakdown of all related costs used in determining the Rams’ available salary cap space for 2016. It also includes all 10 of the Rams’ ERFA’s and the six players who were signed to reserve/future contracts in December.

2016 NFL Salary Cap – The league-wide salary cap has not yet been determined for 2016. In December,

2016 Salary Cap Carryover – The Rams have $2,178,544 million in salary cap space available for carryover and/or application against year-end salary cap charges from 2015.

Net “Top-51” Contractual Obligations – In the offseason, only the top 51 contracts in terms of cap hits (plus outstanding dead money) count against the Rams’ adjusted team salary cap.

Additional Financial Obligations – Are obligations incurred by the Rams at varying times throughout the year. They must be budgeted for, as they count against the salary cap at different times during the year: Practice squad salaries – during the regular season, season-opening reserve – September, signing the rookie draft class – June, and 2 players added to make up the 53-man roster – September.

Available Salary Cap Space – The amount of money the Rams have remaining to spend on player contract obligations, without exceeding the salary cap. The calculation to determine the available salary cap space is: the dollar amount of the adjusted salary cap, less the total dollar value of current active contracts (cap hits) less any “dead money”.

Dead Money – The amount of money counting as cap hits in the current year, for players that are no longer with the team. These amounts consist of guaranteed money/bonuses/prorated amounts outstanding for 2016 (in some cases beyond 2016).

Salary Cap Figure (Hit) – Any contractual obligation counting against the salary cap in a particular year. It’s the sum of a players base salary, signing and/or other bonuses, and any incentives/escalators deemed to be earned.

The Salary Cap – The maximum amount a team can have in total cap hits, plus dead money, without incurring penalties imposed by the NFL. These penalties can be financial in nature and/or include the loss of draft picks.

Signing/Prorated vs Other Bonuses – A signing bonus can be defined in its literal sense. The signing bonus is spread out – prorated for cap purposes – evenly over the life of a contract. Other bonuses include roster, incentive, option, etc. bonuses that occur in different years of a contract, and in varying amounts.

Accrued Workout Bonuses – Are adjustments charged by the league, reducing a teams available salary cap space. These bonuses will reduce the Rams’ salary cap space by $506,600 on March 9. From the 2011 CBA:

“…all players will earn $175 a day for each day they participate in 2013. That per day number changes every other year, with the next increase slated for 2015. The NFL charges each team at the start of the 2015 league year a cap fee of $506,600 for minimum workouts on top of the contracted bonuses, so any reported cap space number between now and the start of the regular season needs to be reduced by $504,000. At the end of the workout period teams have their salary cap credited for money that was not earned.”

Prior Year Adjustments – The league adjusts/charges a teams’ current year salary cap for player incentives and performance escalators earned in the previous year.

Adjusted Team Salary Cap – The actual salary cap (after adjustments) for a particular team in the current league year. Each team will have a different figure for cap purposes.

Roster Detail – Currently, there are 52 players under contract for 2016 (this figure presumes the re-signing of all ERFA’s). Contracts run concurrently with the league year. The new league year begins on March 9.

Methodology – To derive salary cap figures and information, two main sources are used: the NFLPA and the 2011 Collective Bargaining Agreement. The NFLPA only publishes team salary cap details as team totals. Once the totals are established, I then compile information for individual contracts, ensuring they collectively add up to match the NFLPA totals. At last count, 83 sources have been used to compile data on the Rams’ individual contracts.

On December 1, 2015 (at the NFL owners meetings), the NFL Management Council announced an estimate of the NFL league-wide salary cap for 2016:

The NFL league office is notorious for underestimating the following years salary cap at their December meetings. A lower estimate discourages team salary cap managers and executives from spending too much money on long-term contracts before the actual salary cap figures are announced in late February. At the December 2014 meetings, the owners were given an estimate of $138.6 million-$141.8 million for the 2015 salary cap. The actual figure (announced in late February, 2015) was $143.28 million.

The stable, continued growth of television contract revenues throughout the life of the current CBA ensures similar growth in the salary cap from year-to-year. In addition, the NFLPA recently won a case against the NFL (re withholding up to $120 million in shared revenue). It could add an estimated $1.5 million to each teams 2016 salary cap. With all of that in mind, I estimate the 2016 salary cap will come in at $155 million when announced in late February.

Compliance with the minimum cash spending requirements of the 2011 CBA could have an impact on how much money is spent by teams this offseason. The minimum cash spending requirement is in relation to the salary cap “floor” instituted in the new CBA. The final eight years of the CBA are broken out into four-year periods (2013-2016 and 2017-2020). In each period, teams are required to spend up to 89% of the salary cap, with a guaranteed league-wide spending amount reaching 95%.

The consequences for non-compliance with the minimum cash spending requirements? The league/clubs must pay the difference to the players. Compliance will likely put upward pressure on salary commitments and increase demand for players in Free Agency this offseason.

The Rams currently have 52 players under contract for 2016, with salary cap hits totalling close to $96.7 million. In addition, the Rams will incur the following estimated costs counting against the salary cap in 2016:

The Rams will have an estimated $50.5 million ($157.2M less $106.7M) in Available Salary Cap Space this offseason for re-signing their own Free Agents and/or Free Agents from other teams. If the Rams can successfully structure their new contracts without backloading them, they will likely be able to re-sign as many of their own Free Agents as desired.

The so-called salary cap experts rarely, if ever, account for these additional costs in determining available salary cap space. You can be certain Kevin Demoff accounts for/factors in every penny that is (and will be) spent in 2016.