The first two weeks of 2016 were action-packed for the Los Angeles Rams. Kurt Warner, Kevin Greene and Orlando Pace were announced as finalists for induction into the Pro Football Hall of Fame. Last Tuesday, the NFL owners voted to allow the Rams’ relocation to Los Angeles, after 21 seasons in St. Louis. Lastly, the Rams stayed in-house with their retention of Rob Boras as Offensive Coordinator.

Two weeks is just a blip on the screen for a Rams fan of 47 years. Those 47 years are filled with plenty of fond memories: Jack Youngblood playing in the Super Bowl on a broken leg, Eric Dickerson breaking the single season rushing record, Hacksaw Reynolds roaming the middle of the field, the GSOT years, the Fearsome Foursome, The Tackle…I could go on and on.

Thinking about 47 years of Rams teams and players (plus the events of the last couple of weeks or so) led me to the idea of reconstructing my All-Time 53-man Rams roster. The roster is comprised of players from the Cleveland Rams, Los Angeles Rams and St. Louis Rams, dating back to 1945. All of these players aspired to greatness…and achieved greatness in a Rams uniform. The horns will always be the horns.

Orlando Pace, Kevin Greene and Kurt Warner are among the 15 finalists for 2016 induction into the Hall of Fame. Future candidates for induction include Isaac Bruce, Torry Holt and Steven Jackson.

Aaron Donald made the 2014 Pro Bowl in his rookie season and was named Defensive Rookie Of The Year. He followed that up with an outstanding 2015 season, garnering Pro Bowl and first team All-Pro recognition. Donald has a bright future ahead of him, and can only get better. He’s on course to become the finest 3-tech to have ever played the game.

Robert Quinn was named to his second consecutive Pro Bowl in 2014, and was a first-team All-Pro selection in 2013. Quinn suffered through an injury-plagued 2015 season and wasn’t at his best. He’s only 25 though and has plenty of time to prove he’s among the all-time greats.

In his rookie season, Todd Gurley ran for 1106 yards and 10 TD’s in only 13 games. Gurley is one of 5 finalists for NFL Rookie Of The Year. He also earned Pro Bowl and second-team All-Pro honors as the tenth overall selection in the 2015 NFL Draft. 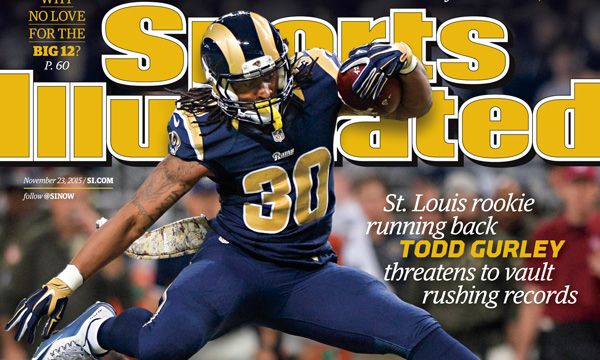